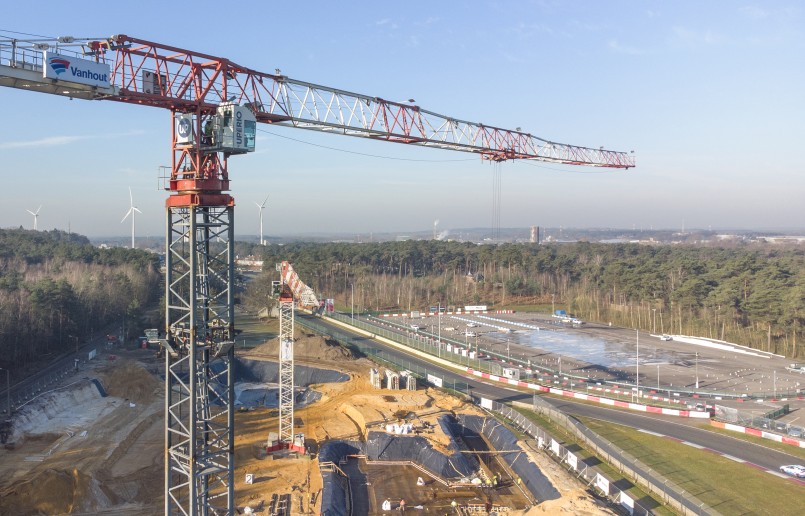 Right next to the former Formula 1 race track in Zolder, Belgium, the construction company Vanhout Bilzen-Houben TM is building the "Velodroom" (Velo= bicycle, Droom = dream), a sports complex for bicycle races and many other types of sport.

In order to efficiently supply the large construction site with materials, Vanhout Bilzen-Houben TM opted for two Terex flat-top tower cranes, a Terex CTT331 and a Terex CTT 231, respectively. The teams from UPERIO set the cranes up in December 21/January 22. The cranes are expected to remain on site for approximately ten months.

Despite the ambitious schedule, the project managers expect the Velodroom to open as planned in spring 2023 – not least thanks to the efficient and powerful cranes from UPERIO.

UPERIO cranes on your jobsite?

UPERIO has many branches in its countries of operation and is known for its extremely efficient fleet management: we are always close to you and can transfer cranes between depots as needed, giving you quick access to high-quality cranes. This keeps your jobsite productive.